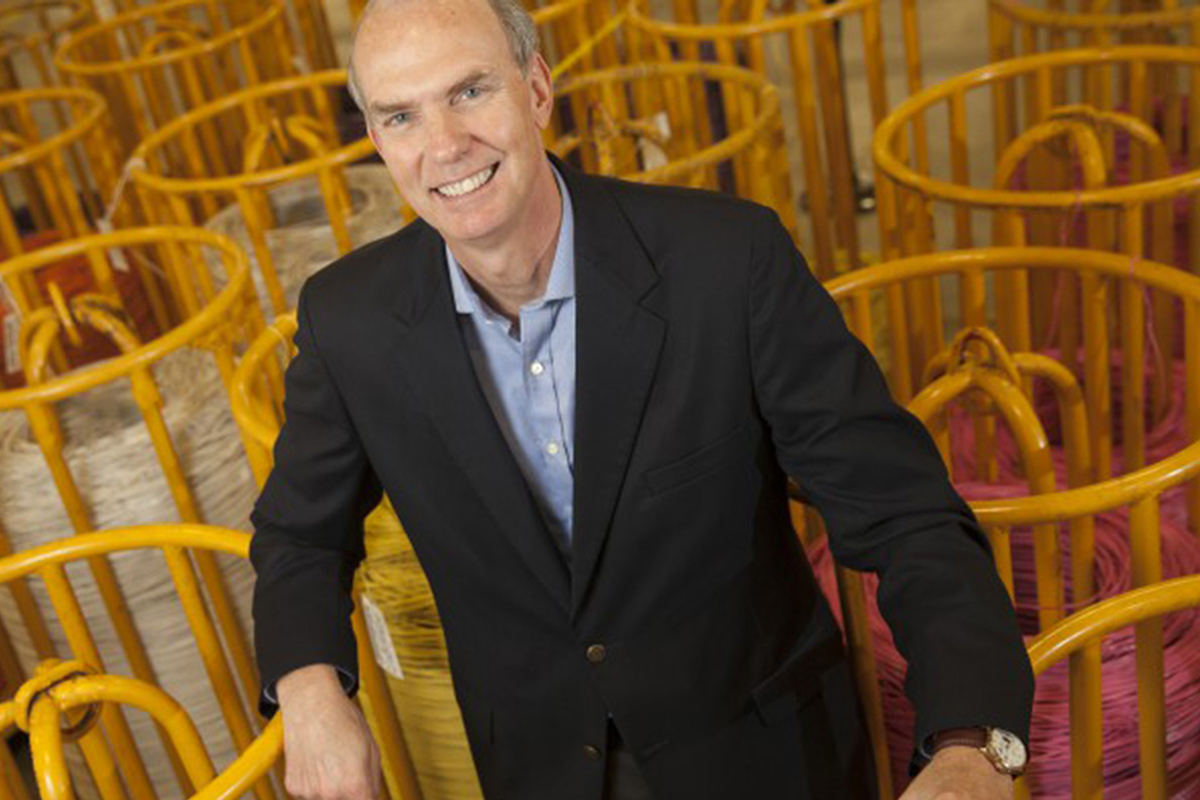 As it celebrates its 70th anniversary, the Copper Club has named Southwire President and CEO Stu Thorn its Copper Man of the Year and the 2014 recipient of the club’s coveted Ankh Award.

“There is no greater honor in our industry, and I truly am humbled to be voted Copper Man of the Year by my peers,” Thorn said. “The fact that I join Mr. Richards and other industry giants in receiving this award makes it even more special.”

Each year, the club circulates a survey soliciting the names of nominees who have made notable contributions to the copper industry. Members of the Ankh Award Committee select the recipient.

Named for the ankh, a graphic symbol for copper dating to ancient Egypt, the award includes a trophy reproduction of Auguste Rodin’s famous sculpture, The Thinker.

Surrounded by family and coworkers, Richards received the award on the Copper Club’s 40th anniversary.
“There is no greater tribute that a man can receive than recognition for his efforts from a group of his associates,” he said. “Let me be quick to add that I do not merit this award alone. What we have accomplished at Southwire has been a team effort.”