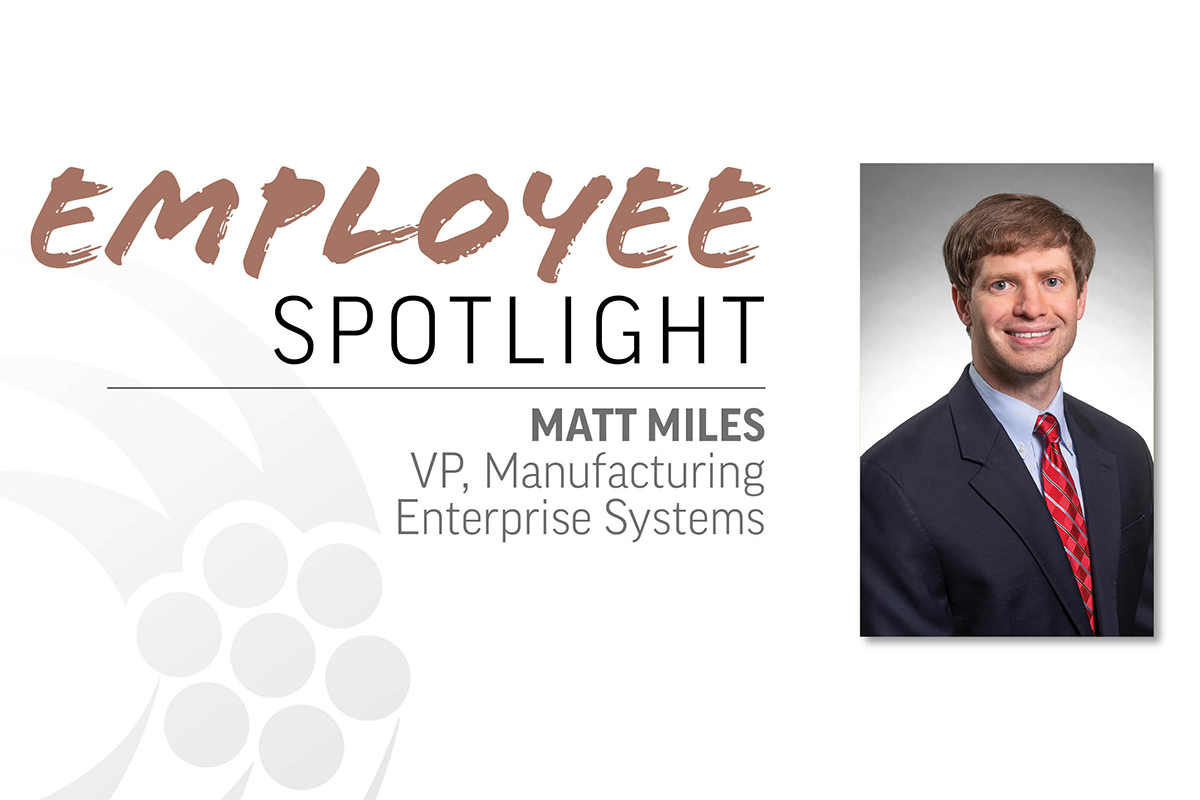 Southwire is thrilled to announce that Matt Miles, VP of Manufacturing Enterprise Systems, has been chosen as one of the Wire Journal International’s (WJI) 2019 Rising Hotshots.

WJI, a leading magazine for the wire and cable industry, is the official publication of the Wire Association International, Inc. (WAI). Each year, the magazine selects people in the industry under the age of 40 working in an operations capacity to highlight as Rising Hotshots. According to their website, the goal of this recognition is to spotlight a younger generation of leaders, showing they are essential to both the industry and their association.

The application requirements include a brief description of the nominee’s job and responsibilities, a detailed description of the specific reason this person should be nominated and a list of prior positions and degrees that are noteworthy of the profession. These nominations are made by the supervisor of the nominee, and no more than two individuals can be nominated from a single company. Once nominations are submitted, the chosen Rising Hotshots are decided upon by the WAI Board of Directors.

Jeff Herrin, SVP of Manufacturing, nominated Matt based on his key contributions to Southwire’s success in the wire and cable industry over the past decade – specifically in identifying, developing and implementing action plans and systems to create a leaner supply chain. Beyond this, he creates an inclusive environment that allows the company to maximize the value of Southwire’s manufacturing human capital.

“Matt has been a rising star within Southwire operations for over a decade. His ability to lead his team in establishing and leveraging systems is foundational to Southwire’s success. With stars like Matt Miles, the future for Southwire and for the wire and cable industry is in good hands,” said Herrin.

Matt has been part of the Southwire family since 2007, beginning as an intern while attending Georgia Tech to receive a B.S. degree in Industrial Engineering. He became a full-time employee in Jan. 2009 following his graduation and has since obtained a decade full of achievements and promotions. During his time at Southwire, he has held positions such as industrial engineer, materials manager, division materials manager, director of manufacturing support, plant manager and senior director of manufacturing support before moving into his current role in February 2019.

Matt’s main responsibility is leading a team of 25 salaried employees that support the manufacturing facilities for wire and cable within Southwire. Matt explains this job is divided into three sections: materials management, enterprise systems, and maintenance system and reliability. He strategically guides his team in these three efforts to support Southwire as a whole.

“We have our hand in a little bit of everything,” said Matt. “Since we are the largest centralized support team for manufacturing within Southwire, it is a very diverse job, and no day is the same.”

Even with all these achievements, Matt was surprised when he found out he was being nominated for this award. Tom Heberling, VP of Manufacturing, asked Matt and the other VPs who should be nominated for this award. Matt submitted a few colleagues from his team, but, shortly after, Tom and Becky Cranford, SVP of Manufacturing, came to him and announced he was the chosen nominee.

“Typically, I try to recognize others rather than myself, so this was a bit of a surprise. I’m very grateful for Tom and Becky’s recognition of my work, which I think stemmed from the variety of experience I have had here. But, at the end of the day, I only achieved those successes because of the great mentors I have had over the years.”

Throughout Matt’s ten years at Southwire, he has had five different direct supervisors, including his current one, Jeff Herrin. He claims he would not be the employee or person he is today without them, as each one majorly contributed in the development of his career.

The Southwire team is proud of Matt and this fantastic recognition. We are excited to celebrate his success and contributions to our company. Congratulations, Matt!

Check out WAI’s article on Matt Miles and their other 2019 Rising Hotshots here: https://issuu.com/wirejournal/docs/17ntes45?fr=sNDdkNzI1MTc0NA