Bring your ideas to life

Innovation is our Legacy

That legacy of innovation and inventiveness has helped our company grow and is the reason we’ve established the Sparks Innovation Center. It’s a place where folks just like you – who have an idea or have created a product that saves time or money – can get some help sharing it with the world. 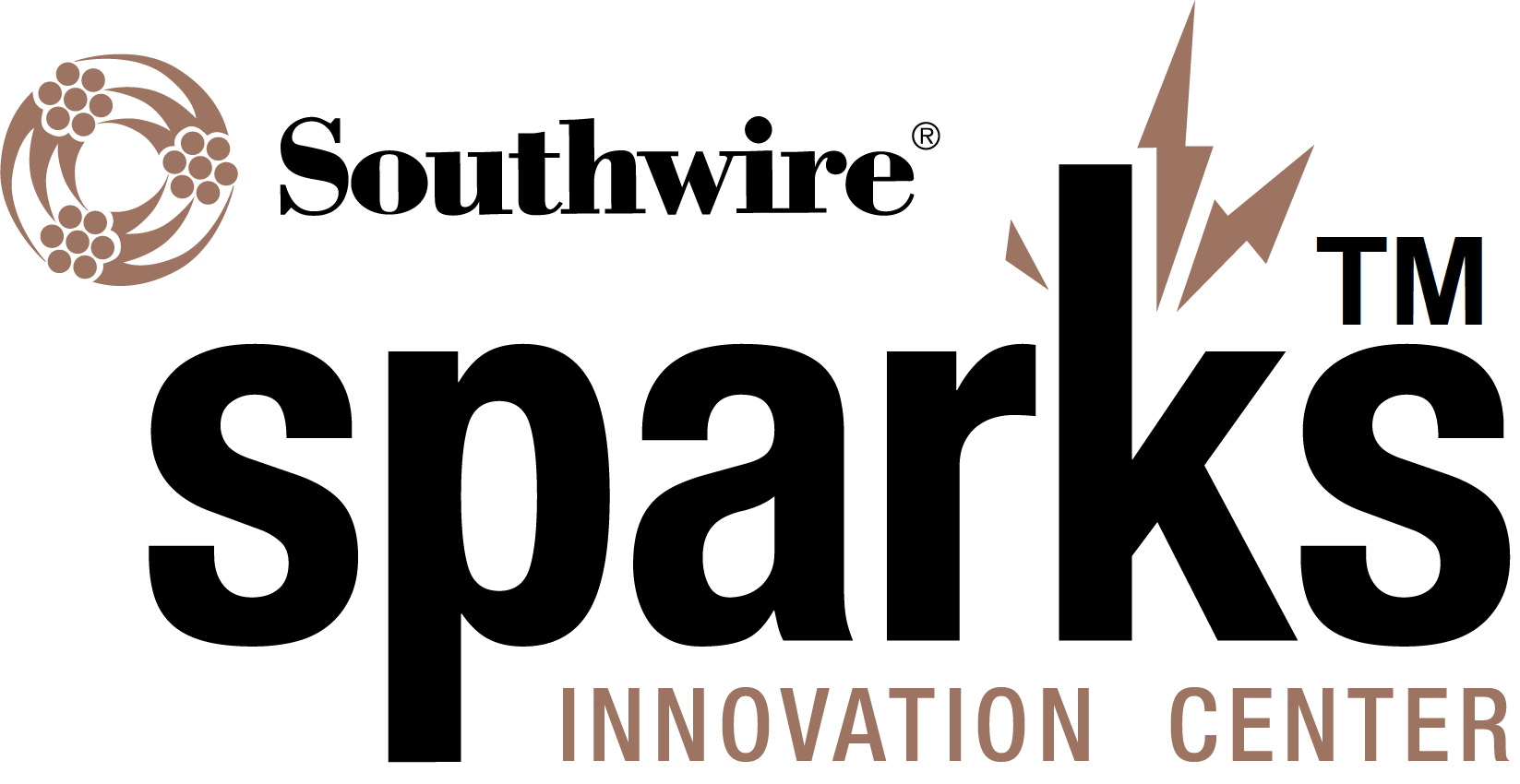 What happens when you submit an idea? 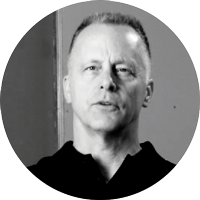 Greg was born on Long Island NY 1956 to Vincent and Marjorie Herth, his father an actor, his mother a school teacher. He has one older brother Chad, and two younger sisters Lisa and Claudia. He also has 2 older half-brothers Jeff and Eric.

He went to the local schools in Oakdale until age 16, then traveled through Europe for 7 months with his family on his mother’s teacher sabbatical. He returned back home to Long Island to complete high school, then went on to earn a Liberal Arts degree from Suffolk County Community College.

During that same time period, he met his beautiful wife Madeline Brennan. They married in 1979, and had 3 beautiful children, Devery, Garrett, and Brittany. Greg and Madeline will be celebrating their 36th wedding anniversary June 23rd of this year.

Backing up to one month prior to getting married, July 14th,1979, Greg gave up his 2.5 year bartending job to become a New York City fire fighter. Because of the flexible work schedule of the FDNY and the need to make extra cash, he started working as an apprentice electrician. This is where his love for the electrical industry started. 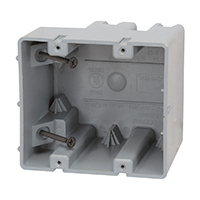 The Original Smart Boxes are unmatched in versatility in new work locations where you cannot swing a hammer, or where final wall surfaces are uncertain, like kitchens and baths. They are unmatched in old or retrofit work applications because they are always mounted to a stud.

Some time very early in his electrical career “1982 – 83,” Greg found a need for driving 2 screws through the mounting side wall of a nonmetallic box. When Greg showed his fellow electricians what he was doing they told him that they were doing the same thing. At that point he called some of the major box manufacturers and asked them if they could or would make a box with interior mounting. Their responses were all the same, “not interested”.

During that same period Greg had a conversation with his wife in reference to the need for a more versatile product. She suggested that he make it himself! That started his 14-year journey to getting his first patent in 1997. Greg now holds 12 patents to date.

In 1999, Greg retired from his 20-year career with the NYC Fire Dept. and started Smart Box Inc. It took another 4 years before he was able to introduce the 1-4 gang Smart Box to the LI NY electrical wholesalers. 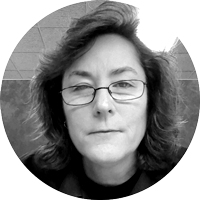 Michelle grew up in a lower class suburb of Norton, Massachusetts, which is referred to as the Grove. Her parents were blue collar tap and die makers. Money was extremely tight. Michelle got an early start to work by the age of 10 delivering papers. From there, she moved on to all kinds of little neighborhood jobs, such as house cleaning.

Michelle’s high school years were filled with plenty of sports, which was the glue that kept her there. Most people didn’t have high hopes for her because she didn’t have a lot of interest in school. This included the guidance counselor. Michelle was fixated with making money instead. Michelle came close to quitting school, but managed to graduate in 1987.

From there, Michelle attended a technical school to learn drafting. She had a lot of interest in this field, and technical skills ran high in her family. This was the conduit that led to her success. With the help of great mentors, Michelle managed to take advantage of college tuition assistance programs from companies such as Duracell, Motorola and Pentair. In 2003 She graduated with honors with her Masters of Science in Management. Four years later, Michelle started ByerSource.
Today Michelle holds a full time position with a Fortune 500 company, as well as running her own business. 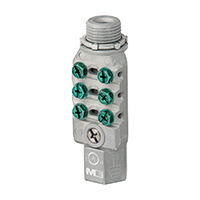 Provides a dependable method for grounding and bonding for electrical systems. Typical applications include communications, solar, cable, and transmission lines. The MEIBB’s innovative design keeps the main ground conductor isolated from communications lines. It also eliminates creating holes in the building that could allow ingress of water. When used with conduit, it provides protection against damage and theft of the main ground.

Michelle’s business partner Michael Federowicz, Licensed Electrician, decided there was a much easier way for installing a grounding point for low voltage installers. This idea went on to become the Inline Intersystem Bonding Bridge. They saw an opportunity to market this product to work with all kinds of electrical fittings, conduit and boxes. It was the perfect part that could mate with ease with all other products on the market. 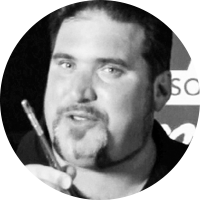 Ron is a third generation electrician from Cleveland. Everything he learned in electrical, and pretty much life in general, was from his father. He was lucky enough to work with his father, and sometimes his grandfather, when he was young. He learned hard work and how important it is to know your craft well. They were both the leaders on any job they were on. Rumor has it that Ron was the only kid in third grade that could bend a 3-point saddle.

Ron went to college and tried a few different paths, but he always migrated back to what he’d known his entire life: electricity.
Ron grew up in Brook Park, Ohio, a suburb of Cleveland, and the city famous for producing the Ford 351 Cleveland engine. He graduated from Midpark High School and Kent State University. 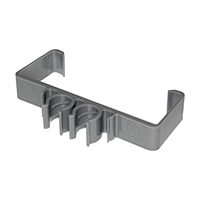 Clip It
Invented by Ron Hill

No more reaching for tools to secure your cable. Madison Electric makes it fast and easy. Our patented rifled polycarbonate design will hold MC or armored cable 12/2 through 10/3, eliminating the unsightly sagging you get with other supports. The Clip-it MC products are made from durable hi-impact polycarbonate, and can be used universally. Patented.

The idea for Clip-It came after an inspector told Ron he was not a “real” electrician because he was using MC cable. He said a “real” craftsman would not use anything this ugly. With this comment in mind, Ron looked for products that would make it look better and nothing existed. It was then that Ron suggested to his father that they should come up with something to make MC cable look presentable. Ron’s Father, Doug Hill had said he always had an idea in his head. With that basic idea, and a lot of tweaking the MAG840 (Clip-it) was born. Together Ron and his father came up with many different Clip-it products for securing MC and conduit using the basics of the MAG840. 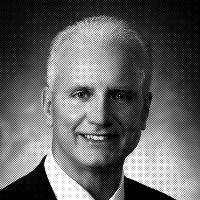 Ken Bing was born and raised in Grand Rapids, MI. During his time in high school, he began his love of woodworking, metals, carpentry, and more. Ken loved working with his hands and wanted to continue in the trades. Ken was eventually hired on as a temp for a plumbing and electrical contracting business. He worked for this business for 8 years as he received his journeyman’s and then Master’s electrical license. In 1983, he decided to start Town & Country Electric. 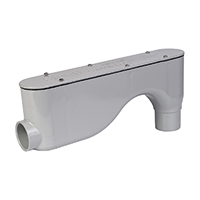 Unlike traditional LBs that have a sharp 90-degree corner, Smart LB conduit bodies have a built-in radius that helps prevent cables from getting caught or damaged when pulled around corners. With no sharp edges to damage cable, the gentle bend radius meets ANSI/TIA/EIA 568 & NECA/FOA requirements for pulling Optical Fiber Cable. Smart LB are the only conduit bodies that are recommended by the BICSI TDMM 13th for telecommunication cable. Includes a gasketed cover for wet locations. CSA US Listed.

One day Ken’s company was doing a cabling installation in a local manufacturing facility. Ken’s crew had installed a large amount of new cabling in existing conduits, which did not comply with BICSI standards. He was told he would have to remove all of the cabling because of some existing LBs (conduit bodies). The conduit bodies were forbidden with any telecommunications conduit raceways and would have to be removed. This would be extremely labor intensive and costly, and Ken wanted to come up with a method of removing the existing LBs or modifying them to somehow meet and maintain the minimum bend radius. After sleeping on it, Ken went to work and began modifying an LB that would meet the requirements. He began sketching it up and eventually got a prototype of what is now knows as the Smart LB.